Feel the Energy of the Cosmos in Your Body!

Who doesn’t want to feel alive and happy by raising the energy of their soul and body! Today, it has become difficult to maintain the energy balance in our body and mind integrity with the effect of external factors. The most ancient and effective structures that you can benefit from in these periods will be the 'pyramids'. It was believed that the pyramids in Egypt, which date back to BC, were built because the Pharaohs wanted to build magnificent tombs for themselves. However, research and archaeological excavations showed that some of the pyramids had only a few plain tombs. As a result of years of research, it has been revealed that the purpose of construction of the pyramids is 'energy source'.

The pyramid shape is the receiver of various energy fields such as electromagnetic waves, cosmic rays, gravitational force surrounding our Earth as a structure. The pyramid creates a spherical harmonic vibration field around itself. Everything in this area begins to move towards harmony and balance. Any substance (solid, liquid or gas) placed in the pyramid energy influence area receives a "charge" of this energy, or in other words, the positive energy of the pyramid.

The effectiveness of the pyramid can be proven by tests with the Kirlian Photo method, the Voll method, the Bioresonance test and Iridodiagnostics. It is possible to detect (measure) the energy field of a pyramid using a special device called an aurometer.

Today, scientists also have various studies on the pyramids. A Swedish scientist, Dr. Carl Benedicks discovered that the pyramid produces a resonance or frequency within it. Two German scientists, Born and Lertes, also discovered that this frequency is in the microwave range. If the pyramid is positioned correctly and the right material is used, it creates an important cosmic energy field due to its shape. This cosmic energy field was discovered by the Egyptians centuries ago as "Pyramid Healing" and later used in many different parts of the world. The Vitalica Wellness Pyramid is also scaled with the dimensions of the 'Pyramid of Gizia' and aligned to the north in order to provide maximum energy. Thanks to the positive ion and magnetic field created by the positive rays coming from the ground and the sky, it regulates the crystals in the water that make up 75% of our body. It destroys the negative energy around the person. Activates and accumulates positive energy. In Vitalica Wellness pyramid treatment, scientifically proven cosmic energy is utilized in both physical and mental dimensions. The endocrine glands in the body are activated by the action of the electrical fields of the pyramids in our body. With this activation, the primary energy field around the endocrine glands is balanced. At the same time, the pyramid energy helps to regulate the organic substances in the body's structure by destroying harmful microorganisms. 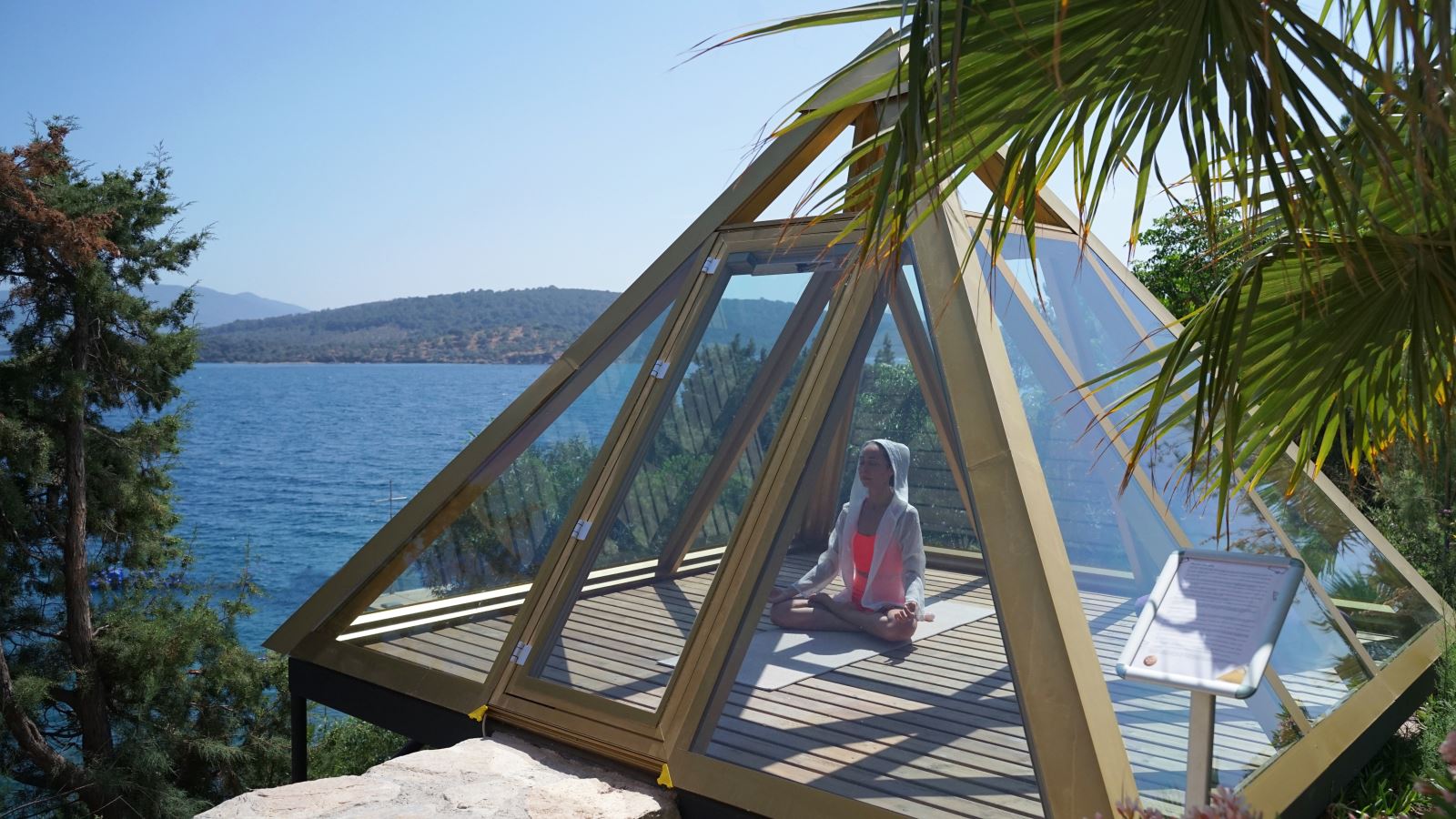 How do pyramids work?

At the boundaries of the pyramidal dimensions are a large amount of magnetic concentration, which helps to protect the human body from the negative effects of negative frequencies and energies. Regular pyramid sessions create a healthy environment for your body to function properly. The pyramid shape focuses the earth's magnetism like a lens. All pyramids, no matter where they are in the world, are aligned with magnetic north to increase their energies. This energy, if active, is the source energy for life force in all life forms. The pyramid attracts positive energy and transforms the negative into positive ions. Negative ions increase the body's oxygen capacity and oxygen uptake. Thus, the person is strengthened physically and mentally. The endocrine glands in the body are activated by the action of the electrical fields of the pyramids in our body. With this activation, the primary energy field around the endocrine glands is balanced and provides enhanced consciousness.

In Which Situations Can It Be Used For Therapeutic Purposes? 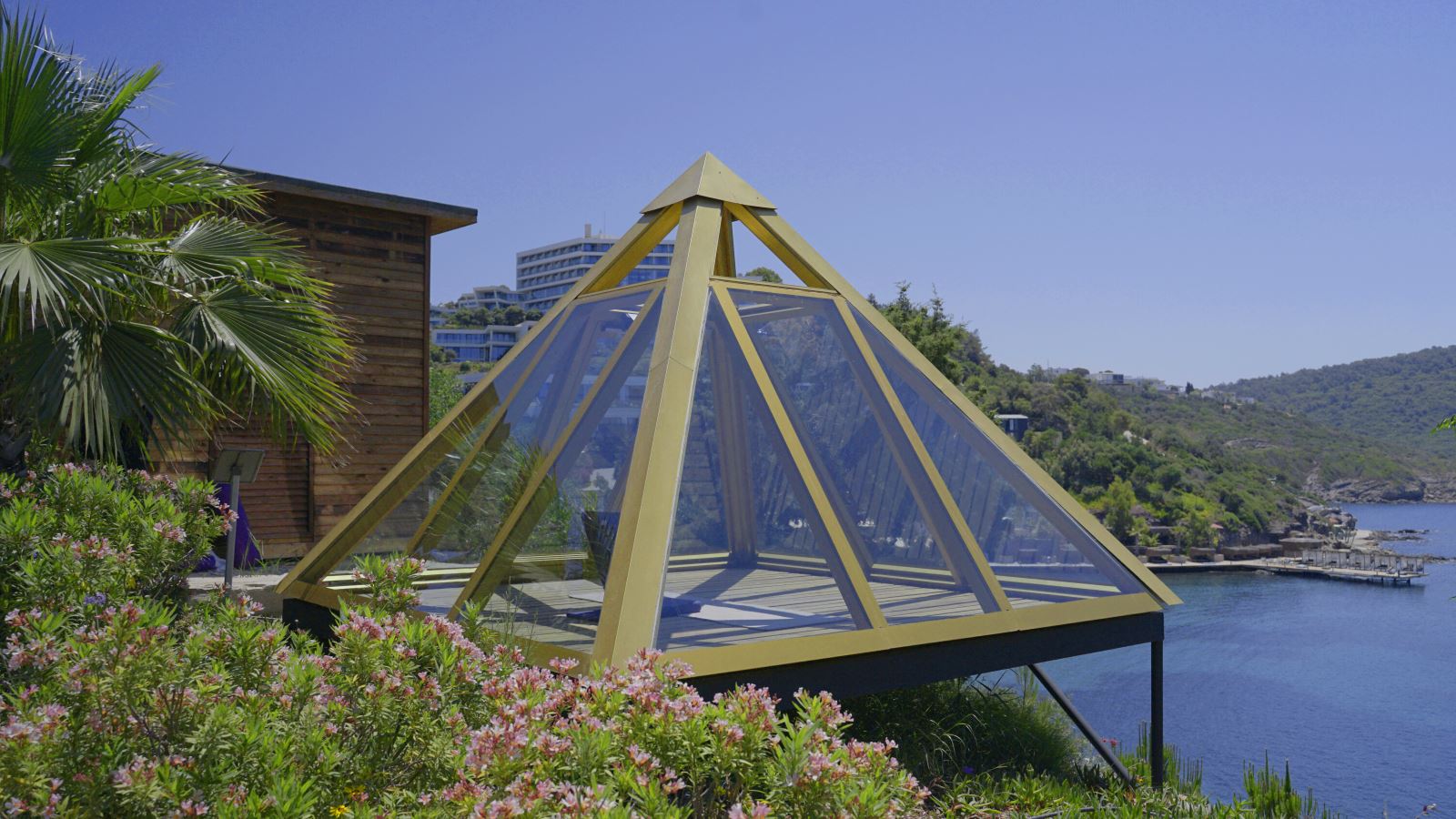 SOME IMPORTANT INFORMATION ABOUT THE PYRAMID;

Bringing together the light of the past and today's science, the pyramid energy continues to provide many benefits, from healing physical ailments to providing our mental balance.

We invite you to Vitalica Wellness Pyramid so that you can experience the impressive power of pyramid therapy that combines cosmic energies and benefit from its positive energies.