Chakra means 'wheel - disc' in Sanskrit. The chakra, which is believed to be found in man, is expressed as the transmission of Prana, a vital life force.

What is Chakra Clearing?

It is chakra cleansing that ensures the health of the energy distribution network, which is divided into 114 sub-stations in order to control the life force. The universe is extremely complex and consists of space, time, matter and energy. It is believed that this cosmic formation creates energy and system cycles in the human body. There are 7 major chakras in the human body. A disorder in any of the chakras manifests itself as mental and spiritual disorders.

Chakras are located in 7 areas and near the spine. Each major chakra has an endocrine gland and an effect on the nerve plexus. Endocrine glands are characterized as hormones that regulate the body. The plexus is the area where the nerves gather. Due to their location, the 7 Chakras have physical, emotional and mental effects and affect a person's mental health. All chakras are responsible for a certain area of ​​the body. Therefore, if any of the chakras is blocked, the flow in the human body is disrupted and it begins to affect the person spiritually, mentally and emotionally. 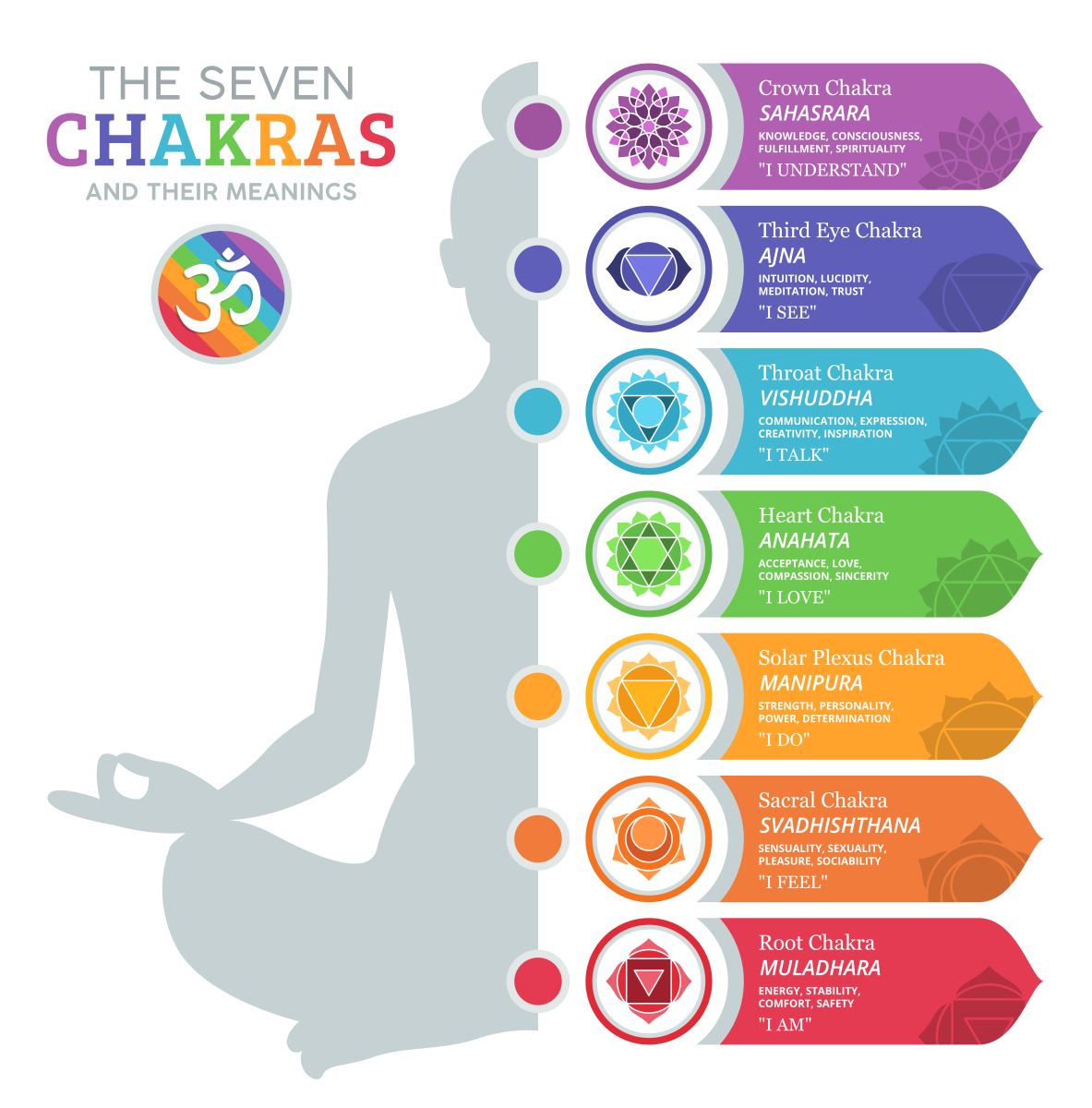 Features of the 7 Main Chakras in Chakra Clearing

In chakra cleansing, the root chakra, which is associated with the adrenal cortex glands, is the most intense energy chakra in the coccyx and red. It represents a person's feeling of security, the basis of his existence, his commitment to life and the existence of a sense of belonging. In the absence of chakra cleansing, the root chakra becomes blocked.

The sarcal chakra, which is associated with the ovaries and testicles, is orange in color below the navel. It represents creativity, imagination, sexual drive and a sense of pleasure.

The solar plexus chakra, which is associated with the pancreas, is located 3 fingers above the yellow navel. Inspired by the sun, this chakra represents self-esteem, courage, strength, willpower, and empathy.

The green heart chakra, which is associated with the heart in the middle of the rib cage, represents love, love and peace.

The throat chakra, which is associated with the thyroid glands, is located in the throat area. It represents honesty and healthy communication. It allows the person to express himself well and speak clearly.

The third eye chakra, which is associated with the pituitary glands, is located in the purplish forehead region. It represents telepathy, power of perception, strong intuition, wisdom. The third eye chakra creates a full financial and spiritual balance in healthy individuals.

It is related to the top of the head in the shape of a cone. The purple crown chakra represents divine power, purpose in life, staying in the moment, awareness, and self.

How to Identify Chakra Blockage?

Root Chakra: The person feels intense fear. In the absence of root chakra cleansing, vital imbalances such as digestive system disorders and increased financial problems are seen in the body.

Solar Plexus Chakra: If chakra cleaning is not done, it pushes spiritual feelings such as lack of self-confidence, melancholy tendency and shame. In the body, it causes stomach, liver and pancreas and diabetes problems.

Heart Chakra: When the heart chakra is blocked, it manifests itself in jealousy, restlessness, anger and grief. In our body, it causes lung and respiratory tract diseases.

Throat Chakra: In the absence of chakra cleansing, it causes discomfort such as vocal cords, thyroid, sore throat and goiter.

Third Eye Chakra: If the third eye chakra is closed, it often causes people to make mistakes and not to see the inside of things. In the absence of chakra cleansing, problems such as vision, sinusitis, headache and hearing loss occur.

Crown Chakra: In the absence of crown chakra cleansing, the person is indulged in material possessions and is excessively attached to the physical world. In the body, it causes the person to become alienated from himself and have difficulty in learning. 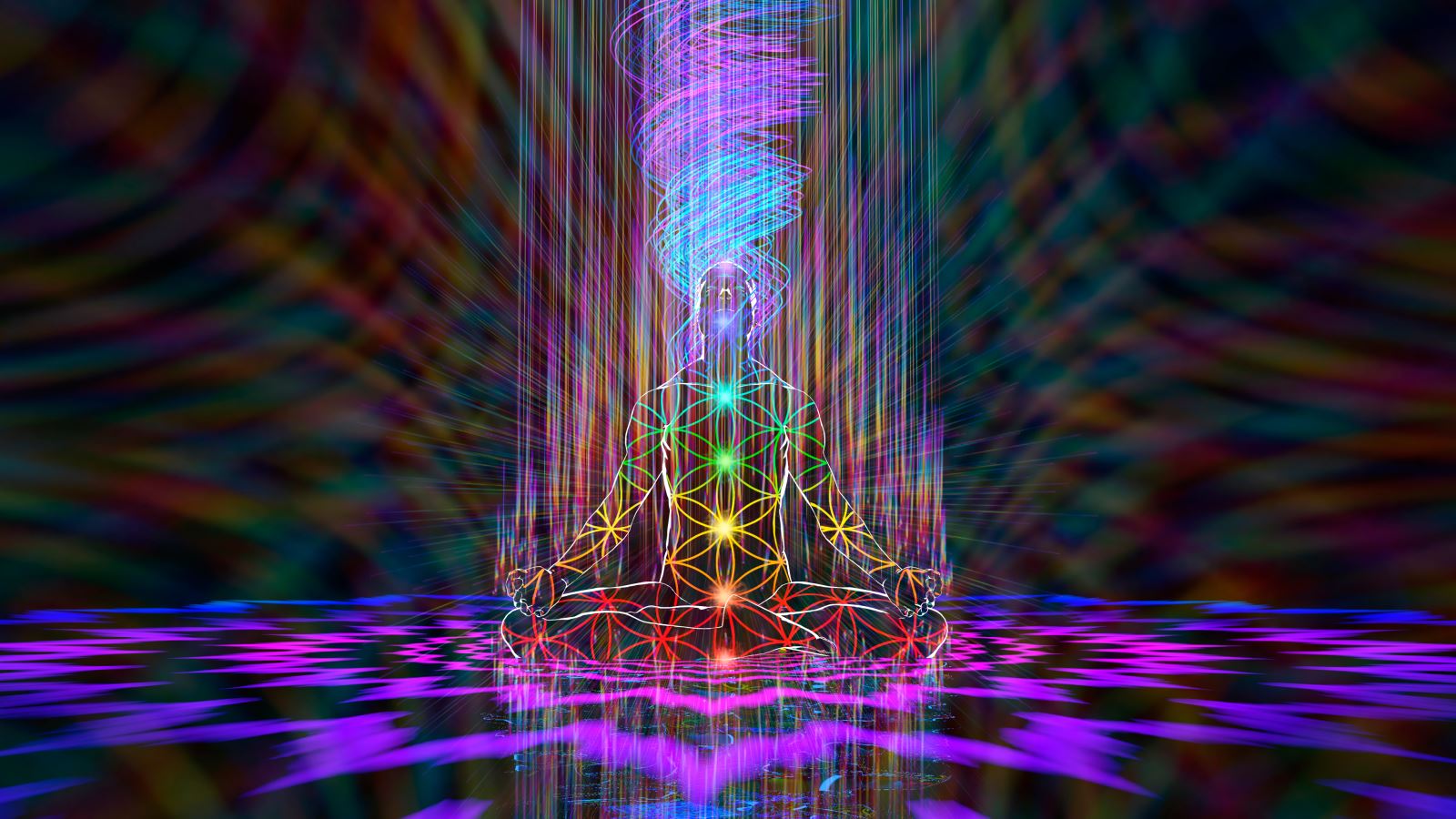 How to Clean a Chakra?

Reiki, yoga, and meditation are among the most practical ways to open the chakras. Every day meditation, yoga or reiki changes the energy flow and provides spiritual and physical healing of the person. The following techniques can be used routinely for chakra cleansing:

Root Chakra Cleansing: It takes the energy from the earth and transmits it to the world realm. Spending time with nature, contact with the soil, keeping the house tidy, consumption of red vegetables and fruits, animal protein intake, dancing and keeping the body warm allow you to change your energy flow. Thus, it helps to have chakra cleansing. In addition, professional support should be sought.

Solar Plexus Chakra Cleaning: Creating moments of being alone with oneself at home, drinking chamomile teas and wearing yellow color allows the solar plexus chakra to be opened. In addition, the consumption of fibrous foods, the intake of grains and bran-rich foods are also beneficial.

Heart Chakra Cleansing: Being grateful for everything one has every day, bonding with children and animals, being together with pets, focusing on positive thinking, hugging and physical contact all help in cleansing the heart chakra. In addition, consuming green leafy vegetables also benefits the opening of the heart chakra.

Healing the Throat Chakra: One of the most practical ways to heal the throat chakra is to write, keep a diary, sing, and say 'no' to undesirable things. In addition, taking care of oral and dental health, consuming herbal tea and dressing in blue tones also contribute to healing the throat chakra.

Third Eye Chakra: Doing yoga, dreaming, playing intelligence and memory games, burning bay leaves, jasmine, lavender and palo santo incense inside the house allows the third eye chakra to open. It can also be supported by the consumption of foods with dark blue and purple hues.

Crown Chakra Cleansing: One of the most effective methods of removing the crown chakra blockage on the top of the head is meditation. Being alone with oneself, praying, walking, cycling and getting enough sunlight helps to open the crown chakra.

What Are Chakra Symbols?